I’ve seen blockchain technology and the cryptocurrency market come a long way in ten years. It was once just an idea that had value among technophiles — not any worthwhile monetary value, just value-based on principle. People saw incredible possibilities with a decentralized means to exchange value.

It wasn’t even the idea that Bitcoin was a new form of gold that made it so attractive as an asset. It was the fact that it brought with it a new way to exchange value — which was completely decentralized. Bitcoin was only the first manifestation — and it would be a few years before others would arrive. It took some time for the idea to really take hold, a movement that was precipitated by the arrival of Ethereum and ERC-20 tokens.

It was about that time when I started to enter the blockchain industry — I entered the space just as Ethereum was going live in 2015. I had heard about Bitcoin and blockchain, but in the early years, while the technology was in its infancy phase, I was working in the field of Big Data.

As Ethereum was launched and started to pick up steam, I devoted more of my attention to the idea of smart contracts and blockchain in general. It was then that I began to see that the whole field was much more than I initially thought it to be — and that the hype was justified.

The only obstacle blocking the reality from meeting the hype was the underlying protocols, which were promising but required years of research and development to hit worldwide use. And as these fundamental qualities were worked on, developers began to find new applications for the technology, leading us to the environment we have today.

Technology Going Through a Rapid Evolution

One of the first concerns surrounding blockchain technology — especially from an outsider’s perspective — was that it had too few real-world applications. The early years were filled with large degrees of hype, and the old phrase “a solution looking for a problem” was thrown at the burgeoning technology.

But the fundamental nature of what it was doing — decentralizing the exchange of value — was so radical that it could not bring about overnight change. It was never going to be the case that everybody would instantly take to the solutions — it didn’t happen with the internet, remember.

Furthermore, with all the vested interest in centralized systems, the pushback was only going to be more intense. The limitations of new technology, including the inability to scale it up to global, commercially viable levels, was another factor that reined in its adoption.

But that changed with the introduction of Ethereum and smart contracts, which suddenly opened up many opportunities. It became possible to design programmable contracts that avoided the need for human intervention. And since social intermediation was the prime reason for centralized systems’ existence (despite their accompanying shortcomings), smart contracts would suddenly reignite interest in blockchain technology.

Since then, the market has found its calling, and many applications have sprung up. Real-estate, supply chains, computing, privacy, and of course, finance are just a handful of the many applications that have been identified.

One of these revolutionary applications is decentralized finance (DeFi), which has become investors’ darling, though enthusiasm has somewhat settled. One of the newer niches that are quickly gaining speed is Non-Fungible Tokens, which have been around for a long time.

I believe that this will make one of the most impactful changes to the market in the upcoming years, and there are several reasons for this.

Why NFT’s are the Next Big Thing.

One of the major reasons for the existence of smart contracts is disintermediation. It removes the entity responsible for liaising between two parties or the entity that carries out a function on behalf of another. The bank is a perfect example of this centralized party that is disintermediated.

Non-Fungible Tokens take this a step further, which is why it’s a key focus of service development at Platinum Software Development Company. Not only does it remove human involvement in the processes, but it also provides unique identifying information in the smart contract, making it “non-fungible.”

In other words, these assets cannot be replaced by another asset of equal value because while they have the same unit of value, they are identified as being different. 1 Bitcoin will always be equal to another 1 Bitcoin, but 1 NFT will never be the same as another.

Think of it like collectible trading cards. While each pack of trading cards might come at a fixed value, oftentimes, rare editions will appear that can swing wildly in value, according to supply and demand. These rare editions are uniquely identified.

But how does this application benefit businesses? There are clear benefits in the space of gaming and collectibles — many games use in-game economies, while the likes of CryptoKitties has proven that collectibles can reach high valuations.

But the benefits here extend well beyond those niche industries. After all, the versatility of smart contracts coupled with the unique identification of digital assets and its immutable recording on the blockchain has application in a lot of verticals. From real-estate to art to any industry where unique identification of assets is required, NFT’s can be a game-changer.

How I See This Helping Business

As the co-founder of Platinum Software Development Company, a company that offers end-to-end product solutions, one of my biggest responsibilities is informing my clients of how these cutting-edge solutions can boost their businesses.

Not every business needs a blockchain. Fewer still need smart contracts and NFT’s. The way I see it, there are a few specific applications for NFT’s. The primary question to ask is whether your business deals in assets that are unique and whose value is tied to their uniqueness.

Examples of such industries are real estate, art, gaming, and sports. The key idea is that these assets either have a tangible or conceptual value attached to them by the end-users of the ecosystem. Art is an excellent example to start with, as it has already demonstrated the technology. 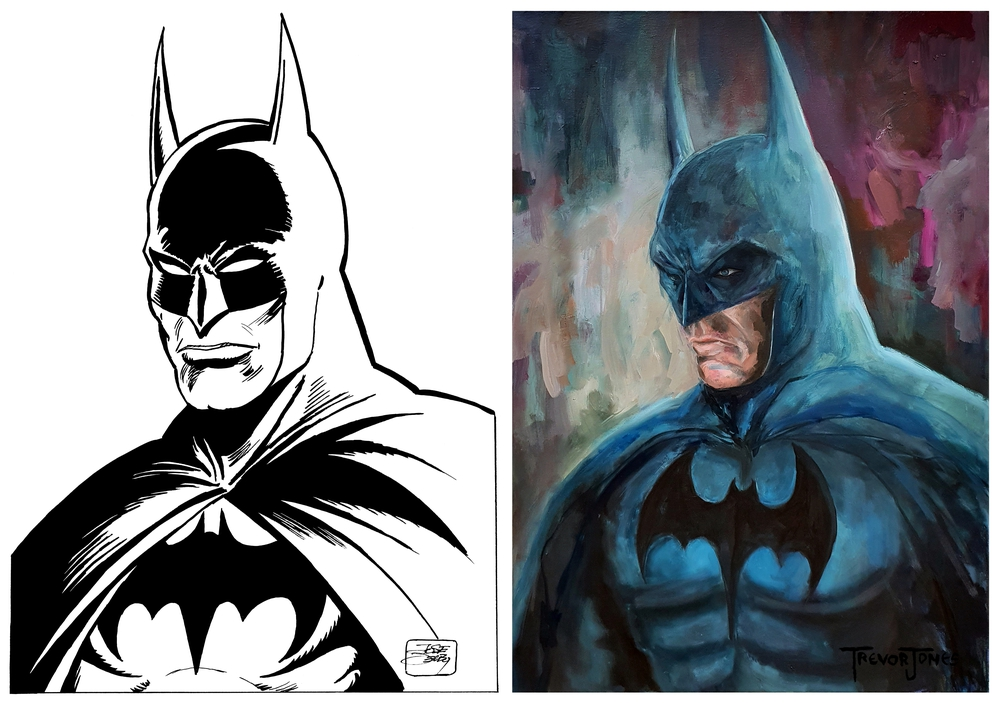 A Batman digital work of art sold for $200,000 on the MakersPlace platform in October 2020 — and that was only one of many such sales this year. The unique value attached to an asset can authenticate ownership, avoid plagiarism, and intellectual property theft. The artwork will always be associated with the buyer — and can be easily sold or transferred to someone else.

Real-estate can perhaps benefit even more, as the market for real-estate is greater. The industry still operates in the realm of paper, making ownership, deeds, and transfers a tedious and time-consuming process. With NFT’s, each property or plot can be given a unique value that can near-instantly transfer ownership to a purchaser.

In both cases, especially in real-estate, businesses can take advantage of smart contracts to reduce overhead costs and time, as well as implement various other business-friendly features using programmable smart contracts. And I haven’t even brought up the tokenization of real-estate or art and fractional ownership.

Sports are also prime candidates for NFT’s as they tend to have a kind of intangible brand value, which is best suited to NFT’s. Fans show the kind of fervent support that can shape into purchasing digital assets representing their players and teams. This includes merchandise, season tickets, all-access passes, and tokenized representations of teams and players.

These can be tokenized into NFT’s that fans can redeem, pay with, or win. Just as individuals trade collectibles and play virtual management games of their favorite sports, I expect NFT’s to have a fundamentally large role in sports in the near future.

So it really comes down to what your business has to offer and whether the concept of NFT’s is applicable. If you can tokenize assets, whether real-world or imaginary and use them to create an ecosystem where users are incentivized to trade and purchase NFT’s, then they would serve your business well. The idea is that you have an ecosystem of assets that not only have some inherent worth but can also be turned into a lively market through trading.

NFT’s Will Be Increasingly Commonplace in the Near Future

With the way gamification is taking over various industries, I expect we will see the public become familiar with some form of NFT’s within the next five years. The NFT niche is very much in its early stages and has many more years to go before reaching full maturation. But the potential exists and is very evident.

Platinum Software Development Company wants to be at the heart of this, and I firmly believe that there is much to be gained by businesses that can make use of NFT’s. We exist to transform their inchoate ideas into practical systems that are feature-rich. If you believe that your business needs this new technology, visit our website to learn more. If you’d like to know more about our services, join us onTwitter,Facebook, Our Blog, Weibo, and Telegram.